Few leave Oxford without a regret, and fewer still leave the comfort of a hotel after a ride of over a hundred miles on the outside of a coach in a day of pitiless rain. 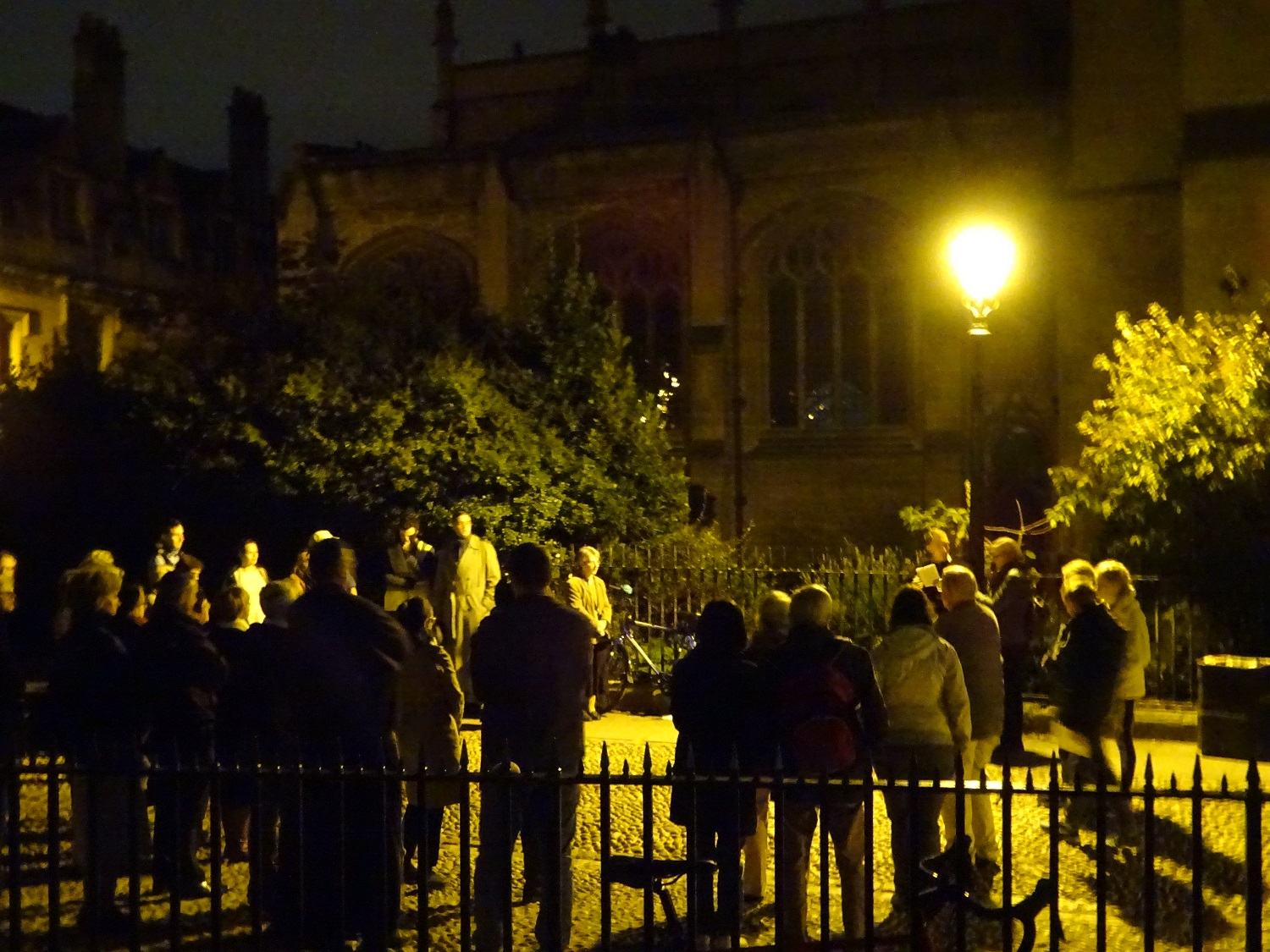 The Angel Hotel, at ten o’clock at night, must indeed have looked like a heavenly apparition. However, at the request of Dalgairns and St.John, two of John Henry Newman’s disciples Fr. Dominic Barberi set out once again for a further ride to Littlemore. 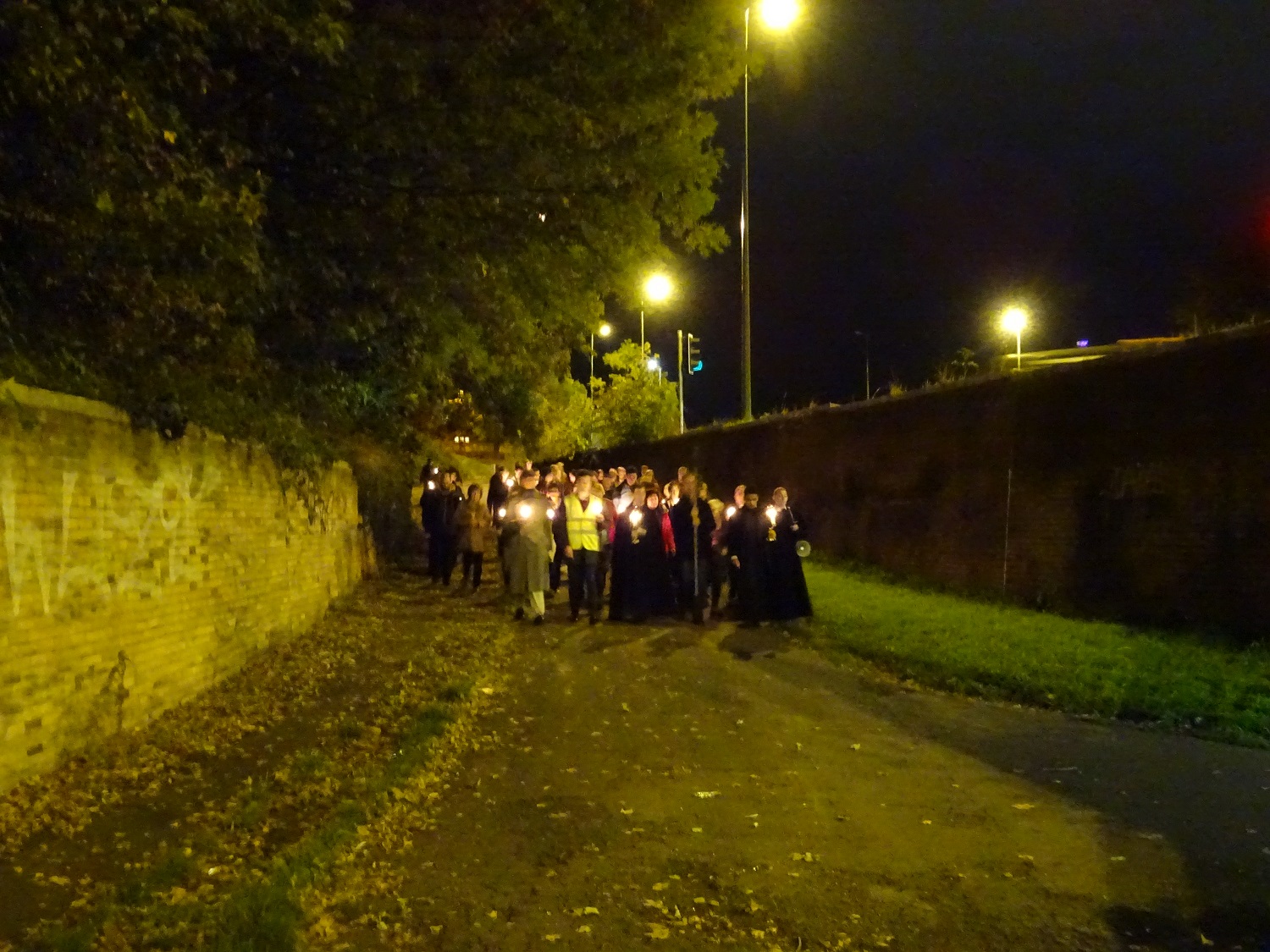 The sixty souls, young and old, who followed his journey via various Newman sites were far more fortunate. 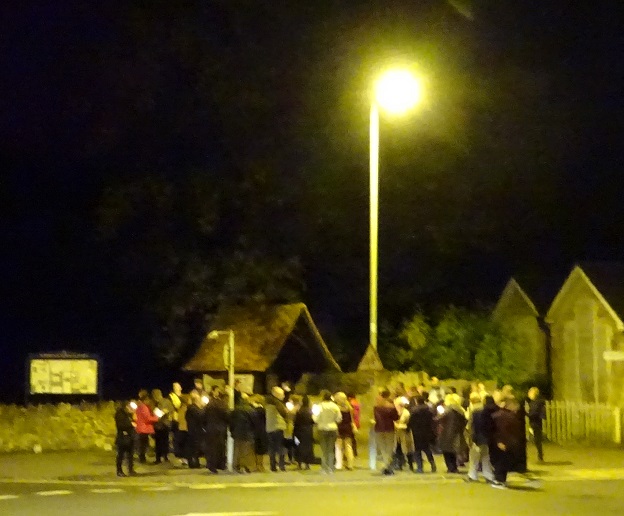 They had unusually clement weather as they made their prayerful way on the Nightwalk, ending with a torchlight procession, benediction, and entry via the door which Blessed Dominic used to the library, where Newman fell at Barberi’s feet on that memorable night of 8th October one hundred and seventy-three years ago. 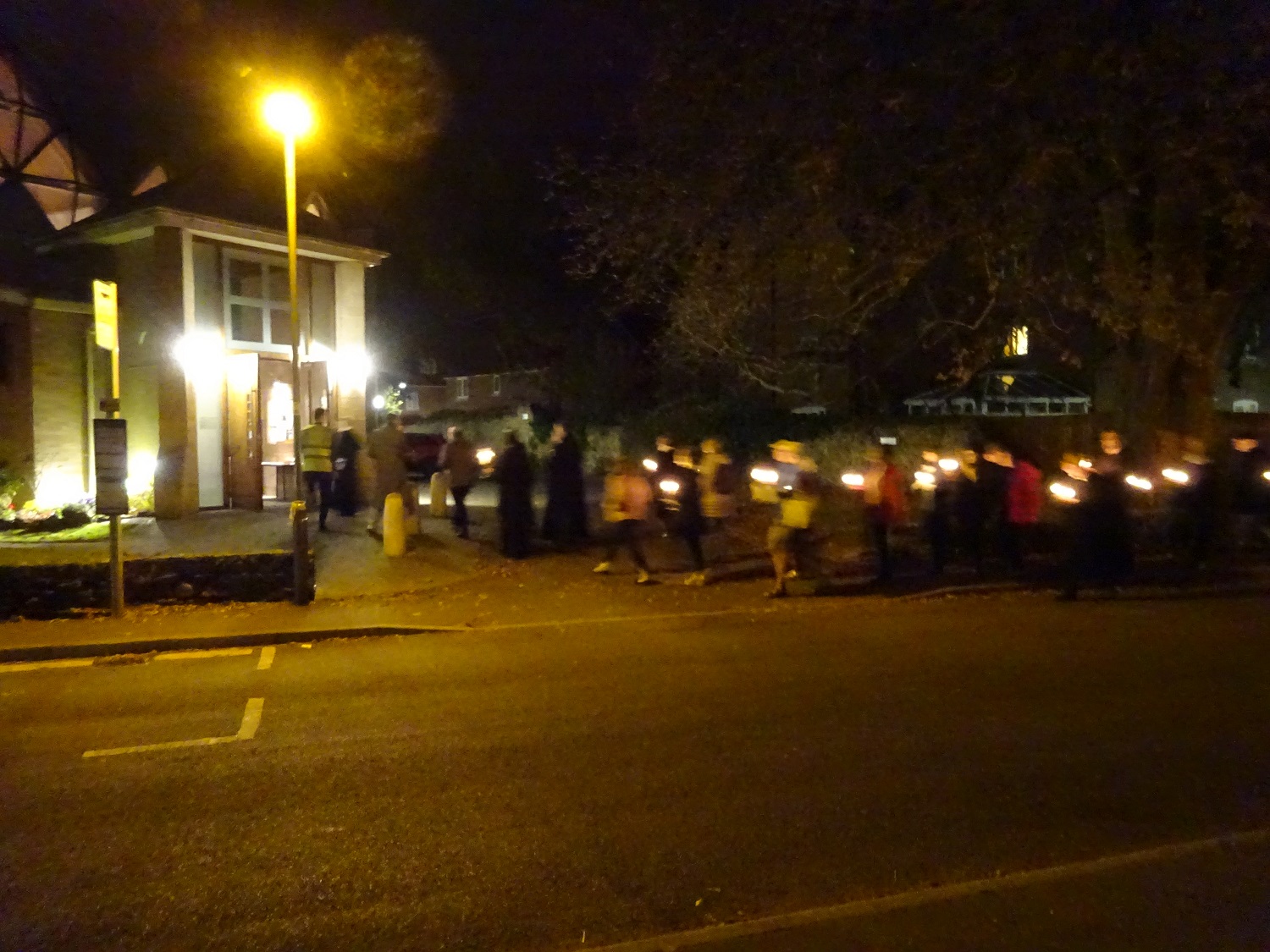 They didn’t fall on their knees, however, at that point, they had already done that in Blessed Dominic Barberi’s church, but they too had their reward in the shape of tea and cakes from the Sisters. 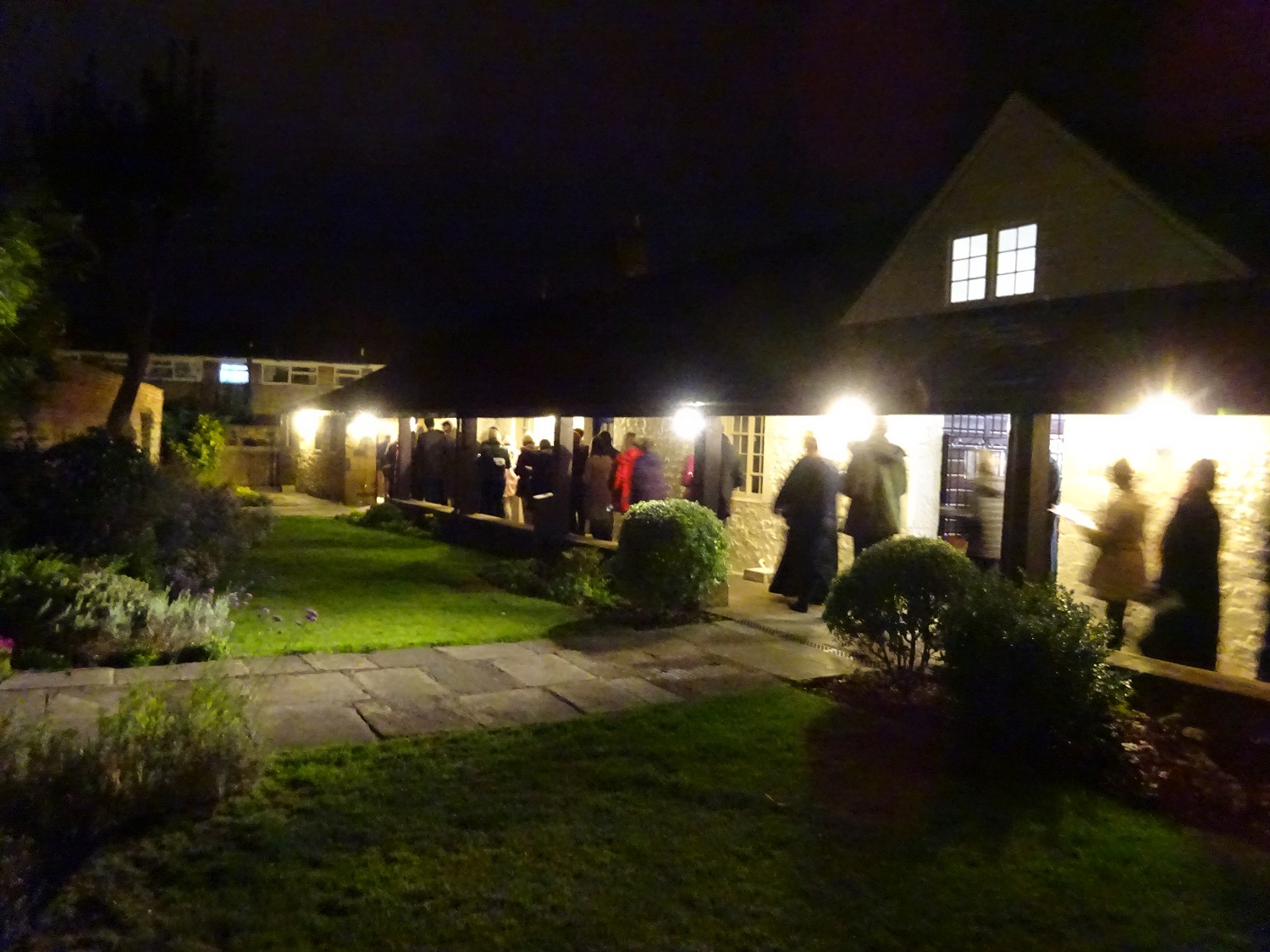