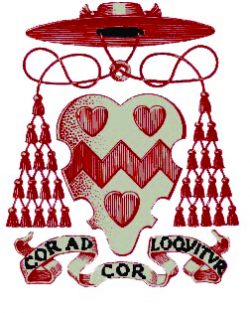 When Pope Francis gave an audience to the media representatives three days after his election as the successor of Peter, he said: “How I would like a Church which is poor and for the poor!“ (16th March 2013). In his programmatic Apostolic Exhortation Evangelii gaudium he mentions the reasons for his choice: “Each individual Christian and every community is called to be an instrument of God for the liberation and promotion of the poor, and for enabling them to be fully a part of society. This demands that we be docile and attentive to the cry of the poor and to come to their aid. A mere glance at the Scriptures is enough to make us see how our gracious Father wants to hear the cry of the poor: ‘I have observed the misery of my people who are in Egypt; I have heard their cry on account of their taskmasters. Indeed, I know their sufferings, and I have come down to deliver them… so I will send you…’ (Ex 3:7-8, 10). We also see how he is concerned for their needs: ‘When the Israelites cried out to the Lord, the Lord raised up for them a deliverer’ (Jg 3:15). If we, who are God’s means of hearing the poor, turn deaf ears to this plea, we oppose the Father’s will and his plan;…” (N. 187).

Many faithful know and venerate Blessed John Henry Newman as a man who intensely searched for God, who followed his conscience, who fought for the truth, who was a gifted educator. Not so many know that he had a great love for the poor all his life long, that he was close and much devoted to the ordinary faithful in his pastoral care. With this Newsletter we send you a contribution of Sr. Mary-Birgit Dechant FSO with the topic “Newman and Littlemore – his love for the poor”. This study which mainly draws from Newman’s Letters and Diaries shows the great dedication with which Newman took care of the poor population of the hamlet of Littlemore on the outskirts of Oxford. Bl. Newman can be an example and guide for us in our love for the poor of our days.

“Teachers because Witnesses: Contemplating the Future with John Henry Newman and Edith Stein.”

organized by the Istituto Universitario Salesiana Venezia (Iusve), the Pontifical University of the Lateran, Rome and The International Centre of Newman Friends, Rome:

Participants are listed in the attached programme: programme Newman-Stein_

More details of the programme are to be found on www.iusve.it and www.newmanfriendsinternational.org

We invite you to continue to pray for Blessed John Henry Newman‘s Canonization and to invite others to entrust themselves to his intercession. Let us remember in our prayers the poor and suffering, and those persecuted for their faith.

With kind regards and wishing you God’s blessings,